The Pew Charitable Trust and John D.MacArthur Foundation's Results First team just released a new user interface for the Results First Clearinghouse Database.  The clearinghouse allows people to search for evidence-based programs in multiple policy areas and to see how the programs are rated for effectiveness. 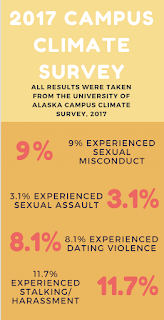 Results from a survey of undergraduate degree-seeking students at the University of Alaska released in May, show that an estimated nine percent of students experienced sexual misconduct and an estimated 11.7 percent experienced stalking or harassment. The University of Alaska Title IX Office survey, administered and analyzed by the Justice Center, was sent to 10,000 students and had 710 respondents.

Justice Center Director Brad Myrstol, author of the report, told the Northern Light that, "[T]o the extent that surveys are done in the future, it provides a framework by which the university can monitor its progress and success over time." He added that the findings in the university's report are "largely consistent" with reports from other universities. The survey is part of the University of Alaska's Voluntary Resolution Agreement with the U.S. Department of Education's Office for Civil Rights. The next survey is planned for the spring of 2019.
Posted by Pamela Cravez at 6/18/2018 03:35:00 PM

A five-month snapshot shows that since January, Alaska's new Pretrial Enforcement Division (PED) has provided courts with 7,436 pretrial risk assessments based on a new tool that calculates whether a defendant is at low, moderate, or high risk for failure to appear at trial or to commit another crime if released.

The January 2018 Alaska Justice Forum reported on the development of the tool and discussed its implementation with Pretrial Enforcement Division Director Geri Fox. 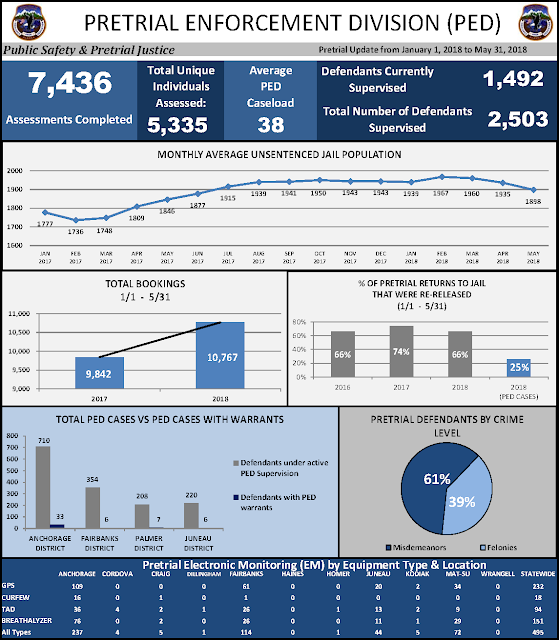 The tool, along with supervision provided by PED, is designed to ensure that we understand the risk level of people held in jail and that low risk defendants are not held in jail, according to Fox.

This snapshot provides performance indicators rather than outcome measures, according Fox.  Preliminary numbers show that 1,492 individuals charged with crimes are currently being supervised out of a total of 2,503 supervised since January. Some of those who are no longer being supervised have had their charges dismissed or have been convicted and no longer require supervision.

Some factors that Fox says may account for the increase in bookings is that Anchorage Police Department hired 100 new officers. SB54, which passed last year, also increased the penalties for some offenses. Fox adds that these are just some of the reasons.

Only 25% of those who are jailed after violating conditions of release have been "re-released." This is  much lower than previous years. In 2016, 66% of pretrial returns to jail were re-released, in 2017 it was 74%, and in 2018, 66%, for those not supervised by the Pretrial Enforcement Division.

Even as the number of people being supervised has increased, the number of warrants being issued has not gone up, according to Fox. "As people have a better understanding of where they need to go and what they need to do, they are being successful on supervision," she said.

The Pretrial Enforcement Division continues to collect data on the program and the impact it is having on jail population and public safety.
Posted by Pamela Cravez at 6/14/2018 10:54:00 AM 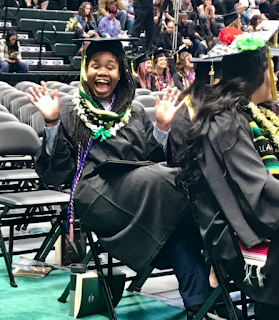 Congratulations to JoAnna Delasse, B.A. Legal Studies 2018, on being recognized by Alaska Legal Services Corporation (ALSC) as June Volunteer of the Month! Anna's volunteer work with ALSC helped her fulfill the requirements to receive UAA Legal Studies Pro Bono Honors. It also became a passion. She is now working as a legal intern in the Anchorage office. 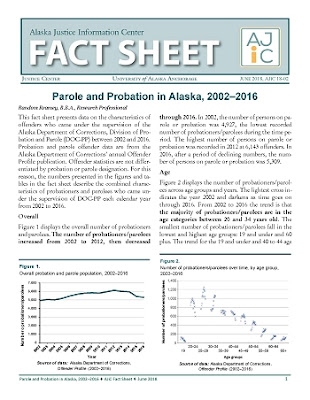 The June 2018 Alaska Justice Information Center (AJiC) Fact Sheet presents data on the characteristics of offenders who came under the supervision of the Alaska Department of Corrections, Division of Probation and Parole (DOC-PP) between 2002 and 2016. Probation and parole offender data are from the Alaska Department of Corrections’ annual Offender Profile publication.