The UAA campus and the Justice Center will be closed Monday, September 2, in observance of Labor Day.

The Justice Center will reopen on Tuesday, September 3 at 8:00 a.m. However, there will be no classes that day. 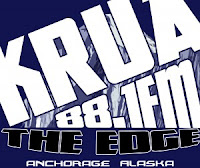 The interview included discussion of Dr. Chamard's research on homelessness and homeless encampments, and crimes against business; the courses she teaches; and her public service activities.

"Informania" is a weekly interview show that helps satisfy the need for information. Prof. Mole also selects music to match the theme of the program. Get more information and an archive of past interviews on her blog - "Deb's Informania Radio Show."
Posted by UAA Justice Center at 8/29/2013 08:00:00 AM

The July 2013 issue of the AJSAC Fact Sheet presents data on operating budgets enacted by the Alaska Legislature for six key criminal justice agencies from state fiscal years 2001 to 2013. These agencies include the Department of Corrections, Department of Public Safety, Alaska Court System, Division of Juvenile Justice, Criminal Divison of the Department of Law, and Legal and Advocacy Services within the Department of Administration (including the Office of Public Advocacy, the Public Defender Agency, and the Violent Crimes Compensation Board). The budget information presented reflects appropriations rather than actual agency expenditures. The report examines increases in budget allocations for the six agencies and the criminal justice budget as a percentage of the overall statewide operating budget over the 13-year period. The Fact Sheet is by Dr. Brad A. Myrstol, director of the Alaska Justice Statistical Analysis Center.
Posted by Melissa S. Green at 8/27/2013 10:56:00 AM

She is a member of the UAA Representative Assembly, United Academics Local 4996.

Dr. Chamard attended sessions on faculty handbooks, how to access institutional data through the AAUP website, and online education.
Posted by UAA Justice Center at 8/27/2013 08:00:00 AM

Two faculty members and two staff members from the Justice Center have been nominated for 2013 Chancellor's Awards for Excellence:


The Chancellor's Awards promote excellence in what we do and recognize individuals and groups for their exceptional service to the university community.

There are group and individual awards in nine categories.  Winners will be announced at the September 20 Faculty and Staff Convocation at the Wendy Williamson Auditorium.
Posted by Barbara Armstrong at 8/23/2013 02:01:00 PM

Dr. Brad Myrstol, Justice Center faculty and Director of the Alaska Justice Statistical Analysis Center (AJSAC), received a research grant award in the amount of $79,000 from the U.S. Department of Justice, Bureau of Justice Statistics.

The primary objective of the project is to empirically document the criminal justice case processing and outcomes of sexual assault, sexual abuse of a minor, and domestic violence cases in the state of Alaska. In coming years, Dr. Myrstol intends to expand the project to include additional Alaska police agencies.

A portion of the grant award will also go toward the continued participation of the AJSAC in the nationwide Arrest-related Deaths (ARD) data collection project, which is a component of the larger Bureau of Justice Statistics Deaths in Custody Reporting Program (DCRP).

The AJSAC is housed at the UAA Justice Center. For more information about AJSAC research projects and publications, please visit the AJSAC website.

Dr. Brad Myrstol, Justice faculty and Director of the Alaska Justice Statistical Analysis Center (AJSAC), was interviewed recently by Jill Burke for an Alaska Dispatch article, "Will Alaska's plea bargain plan serve justice, or cause it to grind to a halt?" posted online August 13.

The article looks at the impact banning plea bargains for serious cases will have on the entire justice system.  Dr. Myrstol comments on the critical role of plea bargaining in managing court caseload.
Posted by Barbara Armstrong at 8/20/2013 10:56:00 AM

Don't miss the Justice Center booth at the 2013 Campus Kickoff on Saturday, August 24, at the Cuddy Quad!

This year's Campus Kickoff features food, information booths, prizes, and live entertainment. Don't miss "Butt Sketcher" - the original butt sketch artist, and the tunes of  "Buckwheat Zydeco"!  See you there!
Posted by Barbara Armstrong at 8/19/2013 08:00:00 AM

Save the date! College of Health hosts August 21 workshop on recruiting diverse faculty with Dr. Uma Jayakumar of USF

The College of Health (COH) and Alaska WWAMI are hosting a program for UAA faculty and staff on recruiting and retaining diverse faculty - "Is 'Critical Mass' Necessary for Fostering Educational Benefits and Student Success?" 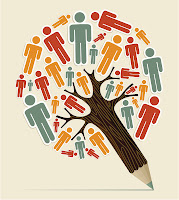 Her presentation will also include a faculty/staff workshop  to assist units in developing strategies for recruiting and retaining diverse faculty and staff.


Mr. Carlsson visited Alaska and spoke to Prof. Wolfe's "Criminal Investigation" class in 2012. He specializes in developing innovative tools for forensic investigation and has worked for the Stockholm Police Crime Lab and the Swedish National Crime Lab.

Prof. Wolfe is a former forensic scientist with the Alaska Scientific Crime Detection Laboratory, and is currently a forensic consultant and trainer.
Posted by Barbara Armstrong at 8/15/2013 10:59:00 AM

Lena's goal is to become an Alaska State Trooper. This year, she is one of 21 top students awarded the scholarship by LEEP's professional public safety officers. The LEEP scholarship is presented to students interested in pursuing a career in public safety and all of its related fields — law enforcement, police-fire dispatch, corrections officer, firefighting or emergency medical technicians (EMT).

The Law Enforcement Education Program (LEEP) is a non-profit organization dedicated to public safety research and education with a focus on child safety. LEEP was founded in 1997 and expanded nationally in 2004 to reach children and teens throughout the country.
Posted by UAA Justice Center at 8/14/2013 02:05:00 PM

Prof. Deb Periman, J.D., and Dr. Ron Everett, Justice faculty, were selected to participate in this week's iTeach at UAA. The program is a five-day intensive hands-on clinic for UAA instructors, offered by the Instructional Design Team at the UAA Faculty Technology Center.

The iTeach intensive assists faculty in:
UAA is collaborating with UAF eLearning and Distance Education to adopt the iTeach training framework. Many instructors within the UA system have taken advantage of this exceptional professional development opportunity over the last several years.
Posted by Barbara Armstrong at 8/13/2013 02:54:00 PM

The “Science: Becoming the Messenger” workshop, which is offered by NSF all over the nation, equips attendees with the skills and techniques communications professionals use to influence people’s thinking and attitudes, and demonstrates how these skills can be used to win support for research. The workshop was led by three experienced science communicators, and covered strategies from crafting a message to delivering it  - using both traditional and new media.

Part of this interactive program included filming a video of a "pitch" for funding for a project using some of the techniques that had been demonstrated earlier. Participants videoed each other using cell phones or other mobile devices.

Dr. Chamard's video was chosen by the workshop leader, Joe Schreiber, to use as an example of how to edit and use still photos  with a video. Mr. Schreiber took the raw video, edited it, inserted appropriate stills related to the topic, then showed it to the group.

In the video, Dr. Chamard explains that her project would look at spatial predictors for where homeless encampments are located, and the environmental impact of those encampments, including the risk of accidental/intentional fires, habitat destruction, and health and sanitation issues. Using spatial predictors, public agencies and social service providers could more easily find homeless encampments. This would allow them to offer alternative housing arrangements to campers, and close the camps before they become so large and entrenched that they are environmental hazards.

Dr. Hirshberg was one of the attendees selected to present her proposed project to the entire workshop audience. The audience voted on whether projects should hypothetically be funded or not, and Dr. Hirshberg successfully convinced the group that her project  - which focused on education in Alaska - should be awarded foundation support.  Her next assignment was a mock interview with a real-life journalist during which she had to defend her project and the hypothetical funding award.  Dr. Hirshberg persuasively answered all the challenges and questions put to her during the interview.

This publication by the International Association of Crime Analysts features summaries on general topics.   Practitioners and researchers who are knowledgeable in the field provide crime analysts with a quick summary of relevant research articles.
Posted by UAA Justice Center at 8/12/2013 01:23:00 PM

The report presents data on the adult probation/parole population under Alaska Department of Corrections supervision for the period 2002–2012, and briefly describes how probation and parole operate in Alaska. Data were extracted from the annual Offender Profile publication of the Alaska Department of Corrections. The report examines the total numbers of adults under probation/parole supervision, rates of supervision, demographic breakdowns by sex and race, and distribution by supervising authority. The Fact Sheet is authored by Dr. Brad A. Myrstol, director of the Alaska Justice Statistical Analysis Center (AJSAC).

The AJSAC is housed within the UAA Justice Center, and published the monthly AJSAC Fact Sheet addressing various crime and criminal justice topics.
Posted by Melissa S. Green at 8/12/2013 12:40:00 PM

Prof. Kristin Knudsen, J.D., presented  “Law and Medicine: How Law Shapes Our Health Care System (or Not)" to students in the Summer 2013 Della Keats Health Sciences Summer Program at UAA on July 23.

Prof. Knudsen's presentation focused on historical events in health care delivery in the U.S. and Alaska, and the intended and unintended impact of three laws responding to those events: the Hill-Burton Act of 1946, Title XVIII of the Social Security Act (Medicare - 1965), and the Alaska Turning Point Act of 2005.

The residential summer program is named after Della Keats, an Inupiq doctor, and seeks to foster, affirm, and encourage high school students’ interest in the medical professions. The WWAMI School of Medical Education sponsors this UAA program for high school students who come from an ethnic minority background, live in rural Alaska off the road system, are first-generation American, speak English as a second language, and/or are economically disadvantaged.

Here is the link to Prof. Brandeis' article, "The Continuing Vitality of Ravin v. State: Alaskans Still Have a Constitutional Right to Possess Marijuana in the Privacy of Their Homes "

Prof. Brandeis teaches courses on American government, constitutional law and civil liberties, and is a frequent speaker on constitutional law and other legal issues. Prof. Brandeis also maintains a private law practice through which, subsequent to the date of this Anchorage Daily News article, he provided legal representation in administrative agency proceedings for the Campaign to Regulate Marijuana Like Alcohol in Alaska.

Her report presents information on reported participation, role perception, attitudes toward law, recruitment and satisfaction with experience among lay members of mixed administrative tribunals based on a survey of lay members of Alaska’s adjudicatory boards and commissions.

Prof. Knudsen's report was the basis for her recent presentations on lay participation in mixed administrative tribunals to staff of the State of Alaska Office of Administrative Hearings.

A “mixed” administrative tribunal is an appointed board or commission that decides legal issues with the involvement of a professional administrative law judge; this  involvement varies in degree and methods, depending on the tribunal’s rules and statutes.
Posted by UAA Justice Center at 8/01/2013 01:55:00 PM

Drs. Rivera and Lepage serve as members of the Domestic Violence and Sexual Assault Data Group

Dr. Marny Rivera and Dr. Cory R. Lepage, Justice faculty, have been asked to serve as members of the Domestic Violence and Sexual Assault (DVSA) Data Group. Katie TePas,  Office of the Governor, is the data group chair.

The data group works with the Council on Domestic Violence and Sexual Assault and the Governor's Choose Respect Initiative to identify strategies for collecting statistics and identifying baselines for data related to domestic violence and sexual assault in the state.
Posted by UAA Justice Center at 8/01/2013 12:01:00 PM