Dr. Lindsey Blumenstein, faculty member in the Justice Center, will present results from the Alaska Victimization Survey and the University of Alaska Campus Climate Survey at a "Lunch and Learn" event focused on ending domestic violence and sexual violence in Alaska on Wednesday, February 22 in Juneau. The event is organized by the Alaska Network on Domestic Violence & Sexual Assault and sponsored by Alaska State Representatives Scott Kawasaki (D-Fairbanks)  and Ivy Spohnholz (D-Anchorage). 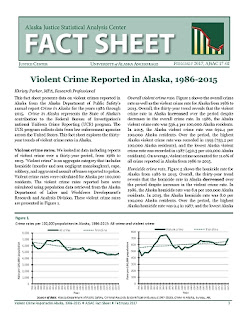 The most recent issue of the AJSAC Fact Sheet, "Violent Crime Reported in Alaska, 1986–2015," presents data on violent crimes reported in Alaska from 1986 to 2015 as reported in the Alaska Department of Public Safety publication Crime in Alaska. "Violent crime" is an aggregate category that includes homicide (murder and non-negligent manslaughter), rape, robbery, and aggravated assault offenses reported to police. 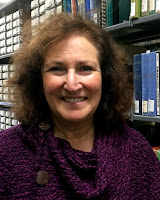 Pamela Cravez joins the Justice Center as editor of the Alaska Justice Forum and Research Associate. Ms. Cravez received her J.D. from Catholic University Law School and an M.F.A. in creative nonfiction from the University of Alaska Anchorage. She has worked as a public defender, communications director, reporter, writer, editor and researcher. Her book, The Biggest Damned Hat: Tales from Territorial Alaska’s Lawyers and Judges, will be released by the University of Alaska Press  April 2017.
Posted by Pamela Cravez at 2/14/2017 08:34:00 AM

Dr. Marny Rivera, Justice Undergraduate Program Coordinator, and Prof. Kristin Knudsen, J.D., M.J.S., Legal Studies Program Coordinator, taught three mock classes to give students an idea of what classes would be like in Justice Center programs and spoke with high school students in the Student Union at the Spring 2017 Preview Day on February 10.

Preview Day is designed to help high school juniors and seniors get ready to attend UAA. In addition to mock classes, students learn about admissions and financial aid and speak with current students about campus life. 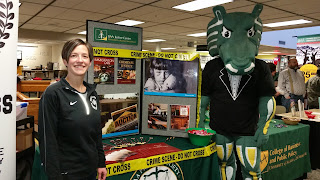 Dr. Rivera and Prof. Knudsen helped students understand what they could expect from the Justice Undergraduate Program and the Legal Studies Program and fielded questions from students who came from all over Alaska and as far away as Texas.

The Justice Center assisted with layout and design of  the recently released Alaska Court System Annual Report FY 2016.  The report includes an overview of the court system, review of court initiatives over the fiscal year, photo directory of Alaska Court System judges and magistrate judges, maps of court locations, statistical tables of court system activity, and photos of Alaska courthouses and scenic areas around the state.

For the past five years, Melissa S. Green, Justice Center publication specialist, has worked with Antonia Moras, project coordinator for the court system and former editor of the Alaska Justice Forum. Ms. Green collaborated on design, did layout and compositing of text, statistical tables, maps, and photographs for both the annual report and a more abbreviated Profile of the Alaska Court System 2017.

Ms. Green also collaborated with Ms. Moras on a major redesign of the report in FY 2012.

UAA Justice Club members are partnering with AWAIC (Abused Women’s Aid in Crisis, Inc.) and STAR (Standing Together Against Rape) to raise awareness of what “love is” and what “love is not” as they travel to different locations on UAA’s Anchorage campus the week before Valentine’s Day. Along with providing information, Justice Club members are selling Valentine’s Day cards and gifts that will be personally delivered on February 14 with proceeds to go to AWAIC and STAR.
Posted by UAA Justice Center at 2/08/2017 01:56:00 PM

Dr. Rivera elected to Board of Directors for Alaska Public Health Association

Dr. Marny Rivera, a faculty member of the UAA Justice Center, was elected to the Alaska Public Health Association Board of Directors.  As a member of the Board of Directors, Dr. Rivera will oversee the management and affairs of the Alaska Public Health Association.  The mission of the association is the advancement of public health.  It serves as a hub that connects all health groups in Alaska to promote the quality of life for all Alaskans.  Dr. Rivera has made significant contributions to Alaska’s public health issues on underage drinking and substance abuse, as well as on the co-occurrence of substance abuse with child maltreatment and violence against women.
Posted by UAA Justice Center at 2/07/2017 08:00:00 AM 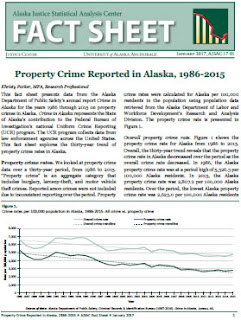 Tuesday, January 31, 2017 — Professor Jason Brandeis, a faculty member of the UAA Justice Center, was interviewed by KTVA CBS 11 News on the nomination of Judge Neil Gorsuch to the United States Supreme Court.  Professor Brandeis explained that Judge Gorsuch’s judicial philosophy and judicial styling is very comparable to that of the late Justice Scalia.  He also discussed the confirmation process for Judge Gorsuch and the important function of the United States Supreme Court.