Dr. Allan Barnes, Justice Center faculty, was interviewed recently by print and TV news media about the decision by the Anchorage Police Department to suspend the on-air feed of police scanners following several robberies. Dr. Barnes commented on the tension between the right of the public to know what the police are doing and the need for police to be able communicate securely with each other while safeguarding the public.

Dr. Lindsey Blumenstein, Justice faculty, was invited by the National Institute of Justice to participate in a workshop in January at the National Archive for Criminal Justice Data (NACJD).  The program was designed for principal investigators who are using research  data from the 2010 National Intimate Partner and Sexual Violence Survey (NISVS). This special workshop focused on analyses of the NISVS general population study and American Indian and Alaska Native data.

Justice Center will be closed on Monday, January 18 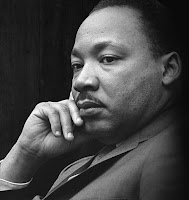 The Justice Center will be closed on Monday, January 18 - Martin Luther King Jr. Day in Celebration of Alaska Civil Rights.  No UAA classes will be held.

Dr. Marny Rivera, Justice Center faculty, was invited to facilitate a breakout session for the Governor's Housing Summit held on January 6 on the UAA campus. Governor Bill Walker opened the summit and Anchorage Mayor Ethan Berkowitz was also in attendance.  The goal of the summit noted on the Governor's website was "to bring together Alaskans from across the state to identify the barriers and seek budget-neutral solutions to the numerous housing challenges facing Alaskans."

A total of 8 breakout sessions were held at the summit: Alaskans Experiencing Homelessness, Housing Affordability in Rural Alaska, Incentivizing Private Sector Housing Investments, Innovative Funding and Financing Options for Housing, Reducing Recidivism through Housing, Senior Housing, State Building Codes and Energy Efficiency Standards, and Veteran Homelessness.  The mandate for the sessions was to generate recommendations that would be budget-neutral.


All 8 breakout sessions reported back in the afternoon and their recommendations will be compiled and released in proceedings from the summit.

The one-day summit was hosted by Governor Bill Walker and Lt. Governor Byron Mallott, in partnership with the Alaska Housing Finance Corporation, Cook Inlet Housing, The Rasmuson Foundation, the Alaska Mental Health Trust, and The Alaska Coalition to End Homelessness.

In December 2015, the Department of Justice released a guide for law enforcement to address the issue of gender bias in law enforcement response to sexual assault and domestic violence.

The study is titled Investigation and Prosecution of Sexual Assault, Domestic Violence and Stalking , and the DOJ guide notes, "A swift and meaningful criminal justice response to violence against women and LGBT individuals is critical for preventing further victimization..."
Posted by Barbara Armstrong at 1/12/2016 09:35:00 AM

Kayla (Frank) Tanner, BA Justice ’10, is an associate attorney with the law firm of Jackson Walker LLP in San Antonio, Texas.  After leaving UAA, Kayla received her J.D., summa cum laude, from Texas Tech University School of Law where she was a member of the Law Review.  Prior to joining Jackson Walker, Kayla had the privilege to serve as law clerk to the Honorable Justice Phil Johnson of the Supreme Court of Texas for the 2014-2015 term.  Kayla’s practice at Jackson Walker primarily focuses in the area of commercial litigation.  While in law school, Kayla interned for Bankruptcy Judge Robert L. Jones and for the Federal Public Defender’s Office for the Northern District of Texas.

Kayla recalled that it was her Advanced Legal Writing and Analysis course with Prof. Deb Periman, J.D. that finally convinced her to sit for the LSAT and commit to attending law school.  Prof. Periman’s coverage of The Bluebook was a big help in legal practice class during that first semester of law school.  Because she enjoyed so many of her Justice classes, in particular Criminology with Dr. Allan Barnes, Kayla went to law school with the intention of becoming a criminal defense attorney, but the vast array of civil law topics quickly won her attention.

When not busy with the practice of law, Kayla enjoys traveling with her husband, Brad, and having adventures with her French bulldog and mastiff.
Posted by Barbara Armstrong at 1/11/2016 02:42:00 PM

A clemency study by Prof. Deb Periman, J.D., Legal Studies faculty in the Justice Center and Dr. Ron Everett, Justice faculty, was cited in a recent Associated Press (AP) article about possible pardons for the Fairbanks 4.  The AP article appeared in the 16 Dec 2015  print copy of the Alaska Dispatch, "Governor eyes possible pardons in Fairbanks 4 case."