An article by Dr. Brad Myrstol, Justice faculty, and Shila René Hawk-Tourtelot, Department of Criminal Justice, Georgia State University, titled "In Search of Respect: Examining Arrestee Satisfaction with Police," was selected for publication in the upcoming issue of the American Journal of Criminal Justice.  This version of the article is available as part of the "Online First" service of SpringerLink.  The print publication will appear later this year.

The article examines some of the factors that influence arrestees' satisfaction with police, and discusses the implications of these findings for police and jail administrators.

The American Journal of Criminal Justice is a peer reviewed publication offering research on a wide array of criminal justice topics and issues. It is the official journal of the Southern Criminal Justice Association (SCJA).
Posted by Barbara Armstrong at 6/27/2011 03:35:00 PM 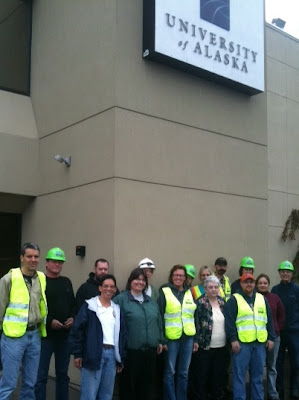 The Campus-Community Emergency Response Team (C-CERT) Program educates people about disaster preparedness for hazards that may impact their area and trains them in basic disaster response skills, such as fire safety, light search and rescue, team organization, and disaster medical operations. Using the training learned in the classroom and during exercises, C-CERT members can assist others in their neighborhood or workplace following an event when professional responders are not immediately available to help. C-CERT members also are encouraged to support emergency response agencies by taking a more active role in emergency preparedness projects in their community.

Dr. Chamard has also been a member of the UAA Police Department auxiliary team since its inception in 2007. The auxiliary team trains monthly during the academic year in areas such as traffic and crowd control, infectious disease control, handling of hazardous materials, pet rescue and shelter during disasters, radio communications, and search and rescue. 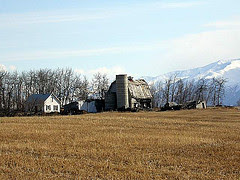 The 2011 Matanuska-Susitna Borough Community Survey will be directed by Dr. Sharon Chamard, Justice faculty.  Surveys will be mailed to a random sample of Mat-Su residents beginning in July.

The survey has been conducted annually since 2006 and is a cooperative research effort between the Justice Center and the Matanuska-Susitna Borough to collect information about use of and satisfaction with Borough services, opinions about Borough policies and taxation, and household composition. These data will be used by Borough decision-makers to prioritize projects, improve services, and better plan for the future growth of the Mat-Su Borough.

Dr. Ron Everett and Prof. Deb Periman, J.D., Justice faculty members, have published an article in the June 2011 issue of the Alaska Law Review. The article, "The Governor's Court of Last 'Resort': An Introduction to Executive Clemency in Alaska," provides an overview of the history of clemency from antiquity to the present and traces the development of clemency in the United States. The major focus of this study is the evolution of clemency in the Alaska Territory and its use during Alaska's statehood. After outlining policy changes, the authors' summary outlines problems related to the clemency process and the issue of clemency's impact on the successful reentry of offenders into society.

The Alaska Law Review is a publication of the Alaska Bar Association and was instituted in Fall 1971. The Review was published by the UCLA School of Law from 1971 until 1983. Duke University School of Law has been the publisher of the Review since the Summer 1984 issue. The Review is published twice yearly - in June and December; there is also an annual Year-in-Review issue consisting of brief summaries of significant court decisions from the Alaska Superior Courts, the Alaska Court of Appeals, the Alaska Supreme Court, and the U.S. Ninth Circuit Court of Appeals.
Posted by Barbara Armstrong at 6/14/2011 03:48:00 PM

Prof. Deb Periman, Justice Center faculty, is working with Jeff Mittman, ACLU of Alaska Executive Director, in planning and presenting a program for the public, "Disparate Opportunity in America: The Ongoing Struggle for Equal Rights," featuring speaker Anthony Romero, ACLU National Executive Director.  The event is free and scheduled for Thursday, July 14, 2011 from 7:00 p.m. - 8:30 p.m., with a reception following, at the Wendy Williamson Auditorium on the UAA campus.

The focus of the program will be recent developments in the continuing challenges faced by minority and underprivileged communities, and the work of the ACLU in fighting for equal rights.

•    The "Great Society" and War on Poverty of the 1960's began with a promise of a brighter future for lower-income and minority persons, as well as the elderly.
•    The realities of the intervening years have shown that there are still many problems awaiting resolution.
•    Rates of poverty and incarceration for minority groups and the number of minority youth in the juvenile justice system are disproportionately high.
•    Education, jobs, and health care remain pressing concerns in this country for minority and underprivileged communities, and are increasingly concerns for other sectors of the U.S. population as well.

Mr. Romero, ACLU National Executive Director, will discuss the ongoing work of the ACLU in dealing with these issues and the efforts to ensure equal opportunities for all individuals.

Mr. Romero, an attorney with a long history of public-interest activism, has been Executive Director of the ACLU since 2001, and under his tenure the organization has expanded its nationwide litigation, lobbying, and public information efforts, including new initiatives focused on human rights, religious freedom, technology and privacy, reproductive freedom, and LGBT rights.  He is the first Hispanic to serve as executive director and in 2005 was named one of Time Magazine’s “25 Most Influential Hispanics in America.” Mr. Romero is the co-author, with NPR’s Dina Temple-Raston, of In Defense of America: The Fight for Civil Liberties in the Age of Terror, published in 2007.
Posted by Barbara Armstrong at 6/10/2011 09:56:00 AM

AVAA training has been tailored specifically to the laws of Alaska and the unique challenges faced by service providers in our urban and rural communities. The 2011 curriculum included training sessions on a variety of issues including the dynamics of domestic violence; the legal rights of victims; Tribal courts, sovereignty, and protective orders; child abuse; sexual trauma; and the Crime Victim Compensation Program/State of Alaska Violent Crimes Compensation Board.
Posted by Barbara Armstrong at 6/09/2011 01:40:00 PM

Prof. Deb Periman, Justice faculty, is chair of the drafting sub-committee for a web-based guide to Alaska law for teens and young adults.  This project is sponsored by the Alaska Bar Association Law Related Education (LRE) Committee and is modeled on youth law guides developed by the California and Montana State Bars.  Over 25 Alaska Bar members have volunteered to write brief summaries of Alaska law for the guide. The LRE Committee is made up of Alaska Bar members and Alaska educators.

There will be a gradual rollout on the web starting in the fall 2011 as chapters become available.  There are plans for a printed hard copy once the guide is complete.

If you are interested in assisting with this project, please contact Prof. Periman, afdkp@uaa.alaska.edu.
Posted by Barbara Armstrong at 6/07/2011 09:41:00 AM