The following Justice Center staff were recently nominated for the UAA Campus Bookstore 2015 Administrative Professional of the Year Award:

The Campus Bookstore accepts nominations each year to recognize the significant work of UAA employees.  The 2015 winner was Paula Feldhacker, CAS Humanities.

Rachel Epstein is the UAA Campus Bookstore coordinator for this event.
Posted by Barbara Armstrong at 4/30/2015 11:38:00 AM 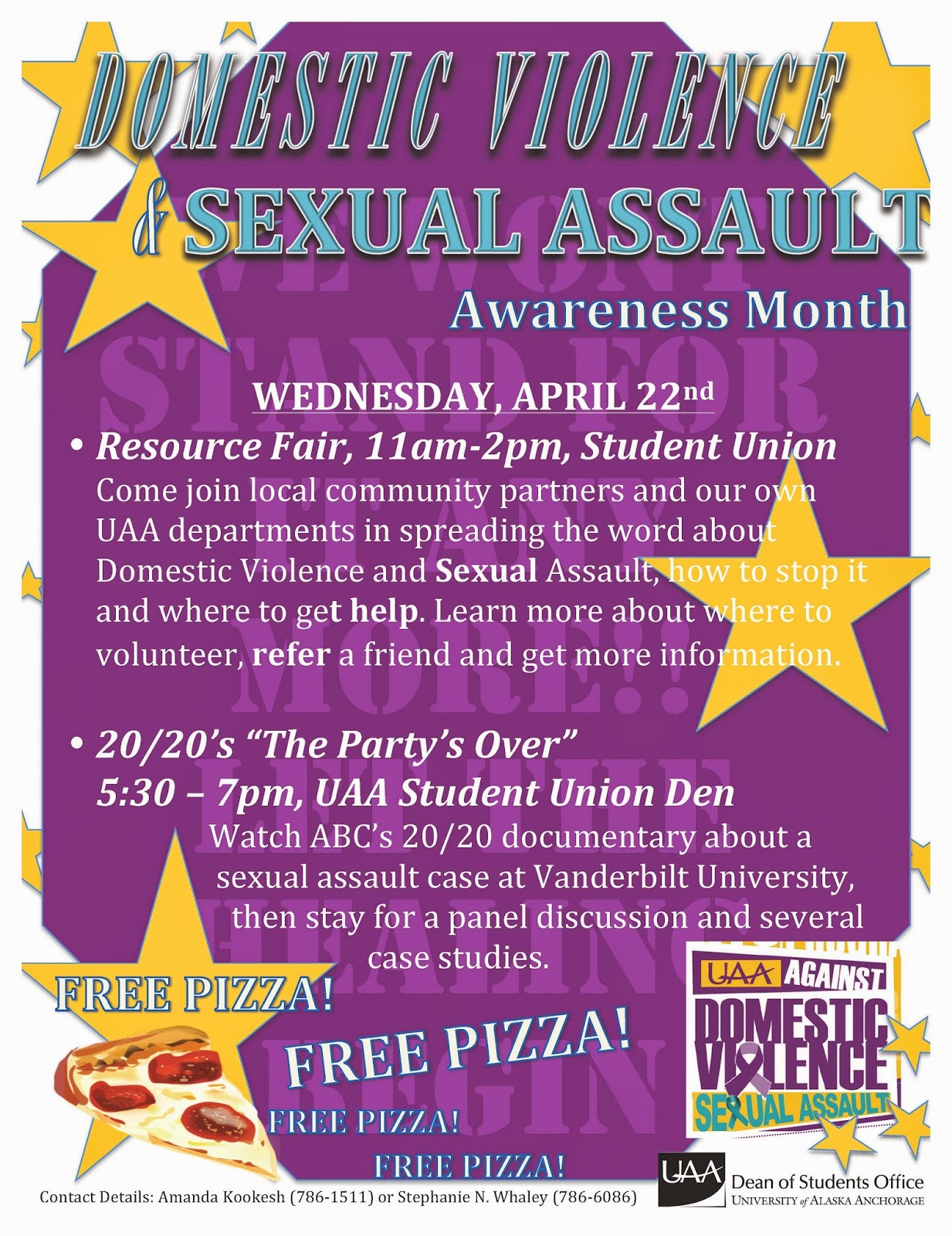 Dr. Lindsey Blumenstein, Justice faculty, participated in the April 22 panel discussing the ABC 20/20 documentary "The Party's Over." The documentary, which aired in January 2015, tells the true story of a sexual assault on the campus of Vanderbilt University and the impact of the incident on the victim, the perpetrators, their families, the university, and the community.

The program was held in the Den in the Student Union, and was part of a series of events, including a Resource Fair held earlier the same day.

Prof. Ryan Fortson, J.D., Legal Studies faculty in the Justice Center, is the State Coordinator for the Alaska High School Mock Trial Competition. At this year's annual competition held March 26 - 28, he was one of numerous judges, lawyers, and non-lawyer volunteers for the event held in Anchorage at the Boney Courthouse.  The competition is sponsored by the Young Lawyers Section of the Anchorage Bar Association and the Alaska Court System. 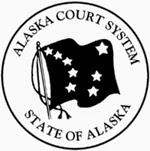 UAA was one of nearly 20 videoconference sites for the UAF 5th Annual International Cyberconference on Dispute Resolution held on April 15. This year's keynote speaker was Raf Gangat. Mr. Gangat is a former South African Ambassador to the Palestinian Territories, to the United Emirates, and a former Consulate General to Pakistan. He currently works as a communication and media consultant in East Jerusalem, Israel.

Papers submitted for the conference are being considered for inclusion in the next issue of the UAF Alaska Journal of Dispute Resolution.
Dr. Cory R. Lepage, Justice Center faculty, and Barbara Armstrong, editor of the Alaska Justice Forum, are on the editorial board.

Prof. Brian Jarrett, UAF Dept. of Communications, was the lead facilitator for the conference.  He is a sociologist and a mediator. Contact him at bnjarrett@alaska.edu

A detailed agenda and full list of participants is on the conference website.
Posted by Barbara Armstrong at 4/29/2015 12:53:00 PM

The UAA research team will analyze data from the assessment to help determine behavioral health priorities concerning mental health, substance use, and suicide for youth and young adults in Anchorage.

The UAA Center for Human Development heads the research team which includes the Justice Center, Behavioral Health Research Services, and the Department of Health Sciences. The project is funded by the State of Alaska Department of Health and Social Services, Division of Behavioral Health through the Anchorage Collaborative Coalitions (ACC) which contracted with the UAA research team.

The first phase of the project involves examining existing secondary data; the second phase will involve collection of primary data that fills identified data gaps. The team is nearing completion of the first phase of the project. A presentation is scheduled to be held at UAA on May 11 to present to the community results from the analysis of secondary data.
Posted by Barbara Armstrong at 4/27/2015 01:34:00 PM

Dr. Rivera interviewed by KSKA about making underage drinking a ticketed offense, rather than a misdemeanor

The article notes that Dr. Rivera believes "if underage drinking is a simpler offense [a misdemeanor] it will become easier for officers to write those tickets. And the kids getting ticketed all the time will bring them to the attention of the justice system, and potentially be screened for treatment that could have significant impact."  This article is part of a series, "The Blind Spot: Troubled Teens and the Safety Net." 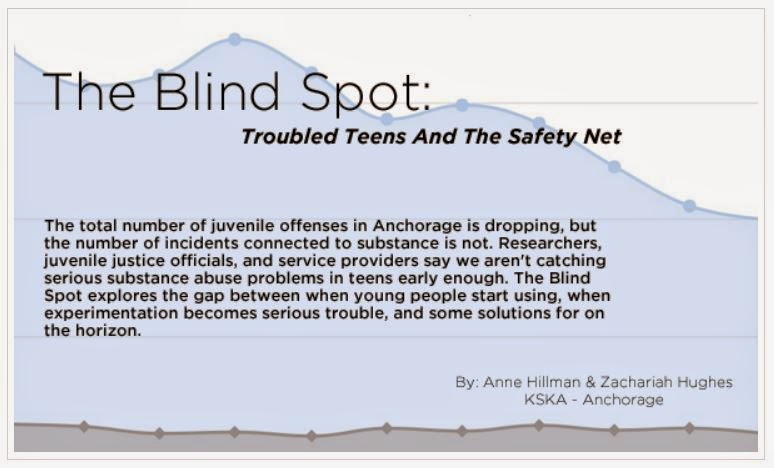 Students who were playing the role of lawyers were given an actual criminal case that had been decided in Alaska and had to prepare legally permissible questions to ask of each juror.  In this class exercise to demonstrate the voir dire process, attorneys for the prosecution and defense questioned potential jurors, and could request that a potential juror be removed from consideration as a juror for the case.  The questioning of the potential jurors continued until the required number of jurors was selected. Dr. Lepage acted as the judge in the mock jury selection.
Posted by Barbara Armstrong at 4/22/2015 10:33:00 AM

Students presented their arguments before Deputy Chief Administrative Law Judge Christopher Kennedy of the Alaska Office of Administrative Hearings. Judge Kennedy commented on the presentations, but stated he would take the arguments "under advisement."

Dr. Lepage of UAA and Prof. May of UAF to conduct evaluation of pre-trial diversion program in Anchorage

Dr. Cory R. Lepage, UAA Justice Center faculty, and Prof. Jeff D. May, J.D., UAF Justice Department, will be conducting an evaluation of  a pre-trial diversion program in the Anchorage Municipal Prosecutor's Office.  Phase 1 of the evaluation will focus on justice system cost savings as a result of this program.

The general goal of pre-trial diversion (PTD) programs is to "divert" offenders from adjudication and possible incarceration to a program with specific conditions for compliance.  The Municipal Prosecutor's Office established a pre-trial diversion alternative in 2001 which is typically offered for non-violent offenses to individuals with no or minimal criminal history.  Early in the processing of a case - often at arraignment - if program criteria are met, the offender is offered diversion as an alternative to traditional court case processing.

Participation in the program by the offender is voluntary, and the offender agrees to comply with PTD conditions which can include the payment of fines, community work service (CWS), and other applicable requirements.  If the offender successfully completes the PTD conditions, the case is dismissed.  If the pre-trial diversion conditions are not completed, the offender is subject to traditional court case processing.
Posted by Barbara Armstrong at 4/20/2015 02:13:00 PM

The Alaska Court System Annual Report FY 2014 was released in February of this year and is online. As it has for three years, the Justice Center assisted the court system with the layout and design of the project.  Antonia Moras, former editor of the Alaska Justice Forum, was the project coordinator for the court system.

Melissa S. Green, Justice Center publication specialist, worked with Ms. Moras on the project through a contract with the court system.  In collaboration with Ms. Moras, Ms. Green completed the design and layout of the text and statistical tables for the Annual Report and a Profile of the Alaska Court System.

This issue of the annual report is presented in the new, expanded format developed for the FY 2012 report which Ms. Moras and Ms. Green also collaborated on. The report includes profiles of the judges with photos, maps, easy-to-read statistical tables, an overview of the court system, highlights of court initiatives, and photos of Alaska court houses, as well as photos of scenic areas around the state.

Dr. Troy Payne and Dr. Cory R. Lepage, Justice faculty, have been named influential persons by first-year/second-year students at UAA, according to a MAPworks survey.

The Division of Student Access, Advising & Transition (SAAT) within the Office of Student Affairs asked first-year and second-year students who took the MAPworks surveys during the 2014-2015 academic year to name "a faculty member who has assisted them the most in their academic success at UAA." A total of 535 students nominated 102 faculty members as influential persons. The division of SAAT and MAPworks program hosted an annual faculty appreciation reception on March 25 for individuals named by students.

The MAP in MAPworks stand for Making Achievement Possible and is a student success and retention tool linking students with the individualized resources they need, when they need them. By taking just two surveys per semester, MAPworks @ UAA can assist first and second year students in getting connected to useful resources on campus.
Posted by Barbara Armstrong at 4/17/2015 11:39:00 AM

Daniel Reinhard, Justice major, is presenting at the 6th Annual UAA Community Engagement Forum sponsored by the Center for Community Engagement and Learning (CCEL) on April 24.  Daniel will be discussing his research project, "Crime and Disorder at Town Square Park," which is related to the research he has been doing with Dr. Troy Payne, Justice faculty, in collaboration with the Anchorage Police Department and the Anchorage Downtown Partnership.

Daniel also presented a paper about his project at the recent Academy of Criminal Justice Sciences annual conference in March in Orlando.

If you are a new inductee, come by and pick up your certificate and pin. If you are an existing member, stop by to say hello. If you are eligible for membership but haven’t signed up yet, stop by and we can explain the process. 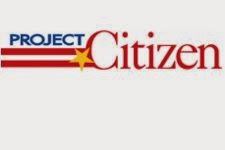 Dr. Lindsey Blumenstein, Justice faculty, spoke in February to Gruening Middle School students in Anchorage about the issue of sexual assault in Alaska. The students in Victoria Otte's 8th grade social studies class are participating in Project Citizen and are in the process of choosing a public policy topic to focus on for their project.

The Anchorage School District website describes this program as a part of the 8th grade civics curriculum which helps students learn how to be active citizens by engaging with government and trying to solve local community public policy problems. Project Citizen is sponsored by the Center for Civic Education.
Posted by UAA Justice Center at 4/14/2015 02:32:00 PM 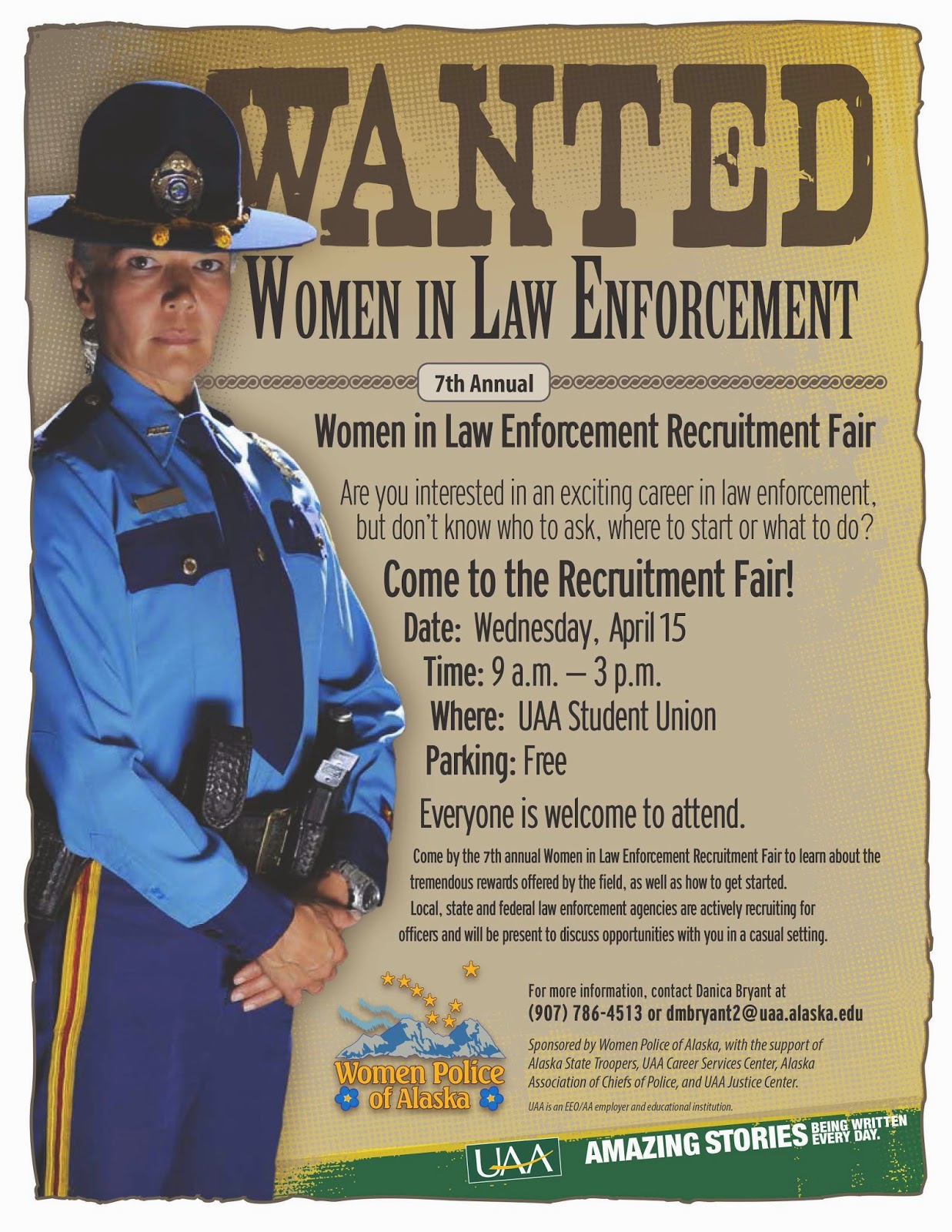 Are you interested in an exciting career in law enforcement,  but don’t know who to ask, where to start or what to do?
Come to the Recruitment Fair!

The most recent issue of the AJSAC Fact Sheet presents data from the Alaska Violent Crimes Compensation Board (VCCB) on claims made and compensation granted to victims of violent crime for fiscal years 2004–2014.

The report, "Violent Crimes Compensation Board: Claims, FY 2004–FY 2014," presents data on new claims filed, types of crime and types of expenses for which compensation was claimed, and compensation totals. On average, the five most common violent crimes resulting in applications for compensation over the eleven-year period were sexual abuse of a minor, domestic violence, assault, sexual assault of adults, and homicide.

The fact sheet is by Khristy Parker of the Alaska Justice Statistical Analysis Center (AJSAC). The AJSAC is housed within the UAA Justice Center and publishes Fact Sheets addressing various crime and criminal justice topics.
Posted by Melissa S. Green at 4/06/2015 04:30:00 PM

At UAA, the recently formed Domestic Violence and Sexual Assault Coalition for Change includes faculty and staff who are working on developing prevention programs and policy recommendations for the campus.

The group will be asking students to become involved in these efforts. Dr. Lindsey Blumenstein, Justice Center faculty, is a member of the coalition. Her areas of expertise include intimate partner violence, sexual assault and the college population, kidnapping, and research methods.
Posted by Barbara Armstrong at 4/03/2015 02:32:00 PM

In the United States, April is Sexual Assault Awareness Month (SAAM). The goal of SAAM is to raise public awareness about sexual violence and to educate communities on how to prevent it.